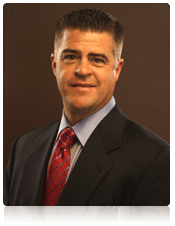 Since entering the practice of law in 1995 Mr. Decker’s commitment to defending the criminally accused has been both extensive and exclusive. He began by volunteering his time at the Colorado State Public Defender’s office in his first year of law school, working in the Denver’s original “Drug Court”. In the following years he was awarded two internships with the Colorado Public Defender, and successfully tried cases to verdict under the Student Practice Act. Upon his graduation in 1995, he was hired as a Deputy State Public Defender as a trial attorney. Mr.Decker practice as a Deputy State Public Defender for more than a decade and was assigned to the Colorado Springs, Arapahoe, Douglas, Adams and Denver trial offices. During his years of service as a Public Defender he handled literally thousands of criminal cases ranging from D.U.I. to murder in the first degree. Mr. Decker has won numerous and significant trial verdicts for his appointed clients. He has won complete acquittals in cases charging sexual assault, first and second degree assault, drug possession and distribution, burglary, theft, menacing, witness intimidation, kidnapping and murder. He has also written several successful criminal appeals being published in People v. Lewis, 975 P.2d 160 (Colo. 1999); and again in People v. Borland Robertson, 56 P.3d 121 (Colo. App. 2002).

Mr. Decker has achieved significant peer recognition for his tenacious work over the 21 years of his legal practice. In 2001 he was honored with appointment to the Colorado Criminal Justice Act Panel of Federal defense attorneys. In that capacity he handled complex federal drug cases, bank robberies, and cases involving detained foreign nationals. In 2002, District Court judges in Arapahoe and Denver counties appointed Mr. Decker in the Capital Murder cases filed against Mr. Edward Brown.  In these matters Mr. Decker’s client was considered for the death penalty in three Colorado jurisdictions, and in connection with four separate murders. Through extensive pre-trial investigation, litigation, negotiation, and other professional efforts, Mr. Decker and his co-counsel were able to secure coordinated plea agreements that ultimately saved the life of his client

Mr. Decker has tried to verdict over 175 cases in his career. In the past three years alone, he has tried sixteen cases alleging sexual assault or unlawful sexual conduct. Mr. Decker regularly provides consultation to other attorneys in the area of sexual assault defense and has been qualified in five different Colorado jurisdictions to give testimony as an “expert” in matters related to criminal law defense.

Mr. Decker has taught trial practice classes, lectured on Sexual Assault defense techniques, and conducted continuing legal education seminars for attorneys in Colorado.  He is also a graduate of the National Criminal Defense Collage in Macon Georgia, which is taught and attended by America’s top defense lawyers. The specialized training he received at the NCDC Trial Practice Institute included exposure to the most advanced techniques of witness examinations, trial strategy and methods of persuasion. Mr. Decker has tried to verdict over one hundred cases and successfully settled thousands more.

By joining David R. Jones in his established Denver practice, Mr. Decker is now a part of a firm which is unmatched in its specialized trial experience handling serious criminal charges in Colorado.  Together, Mr. Decker and Mr. Jones deliver a superior level of commitment and expertise which yields positive results.