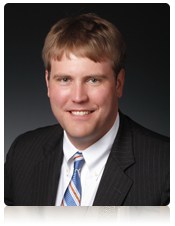 Mr. Bailey graduated from the University of Richmond School of Law in 2008 and was admitted to the Colorado Bar Association the same year. He served as a judicial intern for the Honorable Marianne B. Bowler, Magistrate Judge, at the John Joseph Moakley Boston Federal Courthouse. He was a Law Clerk and Staff Attorney to the Honorable Christopher J. Munch in Jefferson County District Court from the time he graduated law school until 2013 when he became an associate at Frie, Arndt, & Danborn P.C. where his practiced focused on Family Law, HOA disputes, and Probate. Mr. Bailey joined the firm in August of 2015. His practice now focuses on Divorce and Criminal Law. Mr. Bailey is a member of the Jefferson County Bar Association and serves on the Jefferson County Law Day Committee.