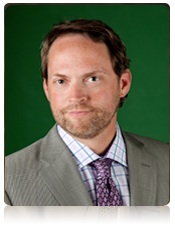 Mr. Jones obtained his Bachelor of Arts degree from Auburn University where his father taught for 26 years. In 1993, Mr. Jones moved to Colorado to attend Law School at the University of Denver where he obtained his juris doctorate in 1996. Mr. Jones has been licensed to practice in Colorado ever since and is also licensed to practice in Federal Court. In law school, Mr. Jones focused much of his work around trial practice and mock trial competitions where he achieved great success. Mr. Jones began an internship with the Colorado State Public Defender’s office in 1995 winning the first case he tried to a jury before graduating from law school.

After graduation from law school, Mr. Jones was hired as a trial attorney with the Colorado State Public Defender’s Office. Over the next eleven years, he was a public defender in Arapahoe, El Paso and Jefferson Counties. During this time, Mr. Jones tried well over thirty cases to the court and over fifty cases to a jury achieving outright acquittals or dismissals in most of the cases he tried. Mr. Jones finished his career as a public defender in Jefferson County where he was the Senior Attorney for that office and was responsible for teaching and training less experienced lawyers. When time allows, Mr. Jones continues to teach and lecture on all areas of trial practice.

In 2007, Mr. Jones started his own criminal defense practice in Golden, CO where he continued to achieve dismissals and acquittals in serious felony cases. In 2016, Mr. Jones partnered with Christopher Decker and to become the Law Offices of Decker & Jones where his firm continues to represent people charged with serious criminal offenses. Mr. Jones has a great deal of specialized experience in cases involving allegations of sexual misconduct as well as complex medical cases where cause of death findings are challenged in child abuse cases. Mr. Jones has also been accepted in Colorado District Courts to testify as an expert on the standard of care to be provided by an attorney in criminal defense cases. In those matters, Mr. Jones renders opinions to the Court on whether other attorneys have provided effective assistance of counsel to their clients.

Mr. Jones is member of several professional organizations to include but not limited to the Colorado Criminal Defense Bar, the First Judicial Bar Association and the National Association of Criminal Defense Lawyers. He remains active in local community efforts in Jefferson County working to improve the criminal justice system.

Criminal Defense of all Major Offenses: